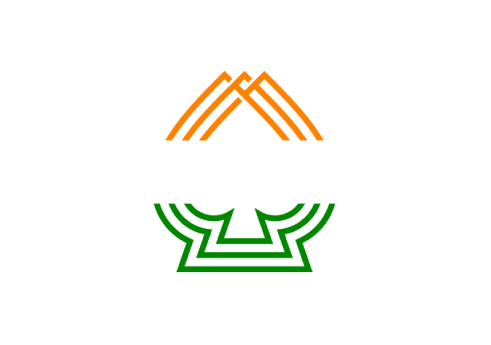 How to Play Video Poker?

Video poker is one of the most popular and profitable gambling entertainment, which is included in the gaming range of any offline and online casino. Essentially, video poker is a «mixture» of a slot machine and the famous card game — 5-card draw poker. Real slot machines are equipped with the usual buttons for bets and moves, all winning combinations and payouts for them are summarized in a special table, only on the machine’s screen, instead of rotating reels, 5 cards are shown, laid out in one row. In online video poker, all of the above components are included in the game interface and transmitted to the monitor screen in the form of an image.

Here are the general rules on the basis of which any kind of video poker slot machine is built. The game is played according to the standard rules of draw poker (5 cards draw poker). The goal is to collect a paid combination of five cards by making no more than one exchange. All winning combinations of cards are displayed in the paytable, which is always present in every interface of the game. Typically, this table includes all or most of the standard poker high hands. Some varieties use the joker, although this combination does not pay off as generously as a clean high hand. It is better to familiarize yourself with the winning combinations, the size of payments and other nuances on your own before starting the game.

The course of the game is pretty simple. First, the player makes a bet, presses the Deal button, after which five cards appear face down on the screen. Further, after assessing the game situation, the player can save all the cards that will help form a profitable combination. To do this, the player needs to click once on the desired card or use the Hold buttons, which are located under each of the five cards. At the next available move, all unselected cards are replaced with new ones free of charge. If the resulting combination is provided by the paytable, then the player receives a win.

In the event of a win, many types of video poker offer users to play a bonus game and double the winnings. Most often, four face-down cards and one face-up are laid out in front of the player. He must choose any of the hole cards. If the selected card turns out to be higher in seniority than the first open card, then the winning is doubled. Otherwise, the bet will be lost. Sometimes there are other variants of bonus games, where, for example, you need to guess the color or suit of the face-down card. In any case, the player can always refuse the bonus round if he does not want to risk it.

Poker machines first appeared in the 70s, when the first personal computers were invented and it became economically feasible to produce computers with a monitor that allows you to display all the cards and the necessary options (although, compared to modern machines, video machines of that time seem rather primitive).

After SIRCOMA (Si Redd’s Coin Machines, later known as International Game Technology) introduced the first draw poker slot to the public in 1979, video poker experienced a boom in casinos in the 1980s. It turned out that sitting down at a poker machine is not as scary for many people as joining a real poker table.

Currently, poker machines offering hundreds of different versions can be found in casinos around the world. The most popular are the following machines:

4rabet is famous for a large number of games among online casino India. Given the sheer number of games available, it comes as no surprise that all of India’s most popular casino games are available. Firstly, most of the games in the collection are slots, accounting for nearly 1,500 games.

There is also an extensive collection of table games including online roulette, blackjack online and keno online with several versions of both types. What is also pleasing here is the availability of video poker games online in up to 100 different types.

There are a huge number of games to choose from, with more than 750 in the collection. What’s more, if you download the casino software, you get access to around 100 more. As with many online casino, the majority of the collection consists of slots and live casino online. There are 69 types of video poker: Jacks or Better, Deuces Wild, Double Joker, All American, Louisiana Double and others.

If you enjoy having a huge collection of games available, you will certainly be happy with the range at 22bet Casino. The lobby is not overly complex, but does have a dedicated category for slots with subcategories for the available software providers. Speaking of the available studios, the casino has about 100 developers featured on its platform, which is incredible. Of course, there is also a place for video poker of which 83 types are presented here. The most popular of them are Aces & Faces Power Poker, Joker Poker Power Poker, Tens or Better Power Poker, Aces & Faces, Poker Pursuit and others.

The total number of games at Royal Panda is pretty good, especially since the casino was established only two years ago. There are over 600 different casino games that are offered. Almost 90% of the games, 562 of them are slots. There are 12 types of video poker online: Jacks or Better Double Up, Deuces Wild Double Up, Joker Wild Double Up, Tens or Better and others.

What is video poker?

The difference between video poker and other types of poker is that you do not play against real players, but against the casino on special slot machines.

How to play video poker games?

All you need to do is choose the slot machine you want. You can also test video poker for virtual chips if you want to play for free or use online slots for real money.